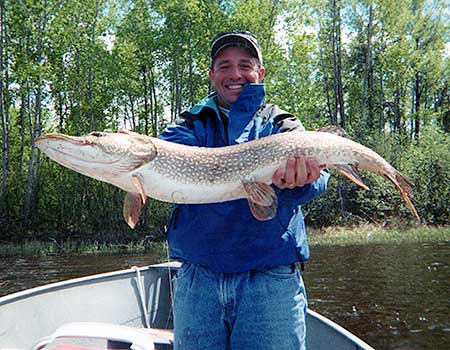 When fishing in unfamiliar waters, trolling allows you to cover a vast area while gathering data of the shoreline/structure.  Think of it as hunting for pike. Canadian Northern pike tend to spawn mid May and head to the warmth of the shallow bays shortly after spawn.  The bays that attract most pike are those that feature cabbage weeds and the ideal water temperature.

When entering a bay for the first time, it is hard to overcome the urge to start casting for the weeds in search of a trophy pike.  But, what are you casting into?  Mud bottom? Rock bottom?  3 feet, 10 feet of water? Is cabbage weed present? This information is critical for northern pike fishing and can be acquired with a first pass of trolling the bay.  Once you have this information, you can then target the promising areas while pinpointing submerge cabbage weed beds with your pike casts.

But trolling is a waste of time, the big pike are in the weeds

Trolling for northern pike is not a replacement for casting pike lures, but a tool in your tacklebox that is used to narrow down the focus locations and will reveal trends that can be used bay to bay. This information translates into productive casting locations for your pike lures.

What is the best trolling speed for northern pike 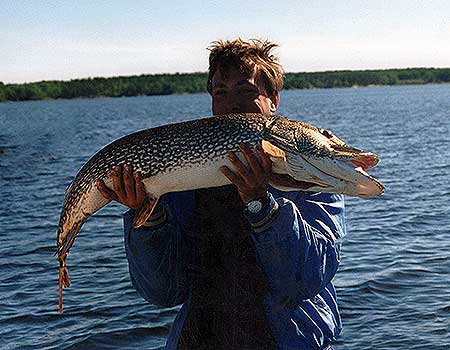 What works one day, may not the next

Even after you have everything dialed in, the prefect trolling speed along with the lure action looking great, catching northern pike is not guaranteed.  With some experimenting and fine tuning you will find that sweet spot that attracts northern pike while trolling.

What trolling pike lures should I use 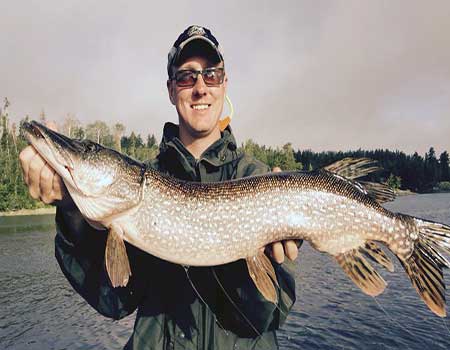 Trolling pike lures of choice changes as the fishing season progresses.  In the spring the weed lines are low.  The low weed lines allow crankbaits to be trolled.  The Rat-L-Trap is a good choice as the depth can be controlled by trolling speeds that allow for 2 to 12 feet of range.

Late spring, early summer we transition with the weed growth to a 7/16 – 3/4 oz. Suick or Rapala Husky Jerk baits. The larger pike lures skimming across the tops of the weed beds is enough to entice large northern pike from the weed beds below.

We're Ready to Welcome You The health and wellbeing of all who visits Cobham River Lodge remains the number one priority, and diligent efforts are made to minimize the spread of COVID-19. The Canadian [...]

Canadian Outpost vs Canadian Lodge Is a Canadian outpost really less expensive to fish than a full service Canadian lodge? The short answer is YES, but there are unforeseen costs that go unaccounted [...]